What is gut dysbiosis exactly? Gut dysbiosis may be upsetting your stomach and your daily life. While gut dysbiosis is a relatively common occurrence, it doesn’t have to be. It’s surprisingly simple to avoid the discomfort associated with gut dysbiosis - but before we tackle treatment, we first need to understand what this condition is and why it happens.

What does dysbiosis mean?

The human body is an incredibly complex contraption made up of vast networks of biological matter. Within each of our organs, there are countless species of harmless bacteria and many millions of microbes. Together, these trillions of hard-working microorganisms form biological networks called ‘biomes,’ which are essential to our internal function.

For a healthy, thriving body, all these various microbes must exist in a state of symbiosis—a functional partnership where all these microorganisms coexist. Microbiomes are present within each organ, and in turn, each organ works as a cog in the machine that is your body. But when the microbes are imbalanced, and the organ is unhealthy, this is called dysbiosis.

Dysbiosis is the unfavorable imbalance of microbiota composition and diversity. Essentially, this means that there are too many of some microbes and too few of others. The delicate biological balance is thrown out of whack, and the host environment (that’s you!) may suffer because of it.

Basically, your body comprises countless microscopic ecosystems, each with its own unique bacterial composition. Environmental, biological, and lifestyle factors can cause changes in that bacterial composition (biome), and when that delicate biome is affected, so too is the rest of the body.

What is gut dysbiosis?

Gut dysbiosis is the unfavorable imbalance of microbiota composition and diversity living inside your gut. These imbalances manifest in different ways, such as bloating, upset stomach, and diarrhea.

But dysbiosis isn’t limited to your gut. Dysbiosis can occur in any part of the body where colonies of bacteria exist. For instance, imbalanced bacterial growth on the skin can lead to a staph infection, while the proliferation of gardnerella vaginalis may cause bacterial vaginosis.

The gut, or gastrointestinal tract, includes all organs from mouth to anus. Every morsel of food that you consume travels this route as it moves from a tasty meal to poop. Within your gut alone, there's live countless colonies of beneficial bacteria that aid in normal, healthy digestive function.

During gut dysbiosis, species of pathogenic microbiota (harmful bacteria) can thrive and multiply. Depending on the type and quantity of these bacteria, the results can range from mild digestive issues to more serious ones such as Clostridium difficile, often called by its more widely familiar name, c. difficile.

Dysbiosis can also cause other harmful bacteria species to increase in numbers, disrupting the biological makeup of the gut flora. These species include pioneer-type bacteria such as Enterobacteriaceae, Bifidobacteriaceae, and Clostridiaceae.

In addition, dysbiosis can also significantly reduce the number and diversity of other beneficial microbe populations, like Lachnospiraceae, Ruminococcaceae, Bacteroidaceae, and Prevotellaceae. These are healthy and necessary bacteria that allow the gut microbiome to flourish. As dysbiosis decreases the number of these bacteria, the gut can become unhealthy and imbalanced. Unfortunately, this condition is only worsened by the proliferation of pioneer bacteria.

How does gut dysbiosis happen?

Gut dysbiosis is not uncommon, and there are several reasons that it can occur:

●     Exposure to pathogenic microbes such as parasites, viruses, and bacteria

●     Medications such as antibiotics

In short, it’s not difficult to disrupt the biological diversity of your gut. Almost any significant change can shift the scales of a healthy microbial population, causing potential issues for your overall health.

For example, suppose you take antibiotics to treat an infection. In that case, you may unknowingly be affecting gut function: some pathogenic species can proliferate quickly, using microbiota-induced sugar production to help facilitate growth.

You can think of your gut microbiome like any other ecosystem. Take, for instance, the ecosystem of a forest. There are many creatures there, big and small, from deer and coyotes to ants and mosquitoes. They coexist in harmony, and each creature has a role to play. Although we as humans are not particularly fond of them, mosquitoes are a critical component of the forest ecosystem: they feed bats, frogs, and all manner of other small insect-feeders. As much as we dislike them, without these irritating little bloodsuckers, the forest would be thrown into chaos and disarray.

Your gut microbiome is much the same. When one biological component becomes displaced, the entire ecosystem begins to topple like a row of dominos. Every species of bacteria is interconnected within its microbiome, so when a single microbiota is disturbed, the rest are equally affected.

What are the consequences of gut dysbiosis?

So, if your gut’s microbiome is disturbed, what happens then? Unfortunately, gut dysbiosis can lead to a host of unpleasant side effects. Because the population of gut bacteria has been altered, the processes they influence will also be affected.

A common symptom of gut dysbiosis is diarrhea, caused by:

●     reduced fermentation and metabolism of nutrients; this can lead to increased amounts of water moving into the gut

●     increased inflammation that damages the tight junctions - the physical barrier between cells; this allows water and electrolytes to leak out

●     damage to the protective mucous layer, which allows harmful bacteria to attach to the cells of the gut

●     toxins released by harmful bacteria like C. difficile, which cause increased water secretion and damage to cells

Ultimately, the short-term effects of gut dysbiosis are mild, even if they are unpleasant to deal with. In many cases, the body can self-correct the imbalance without intervention. There are, however, instances where the symptoms can become more severe and persistent. These symptoms should be addressed with a medical professional, who can help restore the balance of your gut microbiome.

However, beyond the discomfort of abnormal defecation, diarrhea associated with dysbiosis can create additional long-term problems in the gut microbiome. This symptom can result in loss of the normal microbiota, further reducing the diversity of the gut biome.

Gut dysbiosis may have impacts beyond your gut

You might be surprised by just how much of an effect your gut flora can have on your overall health. Not only can restoring and maintaining the balance of your gut flora help reduce the effects of gut imbalance, but it can also have positive effects on your mind and body.

Certain species of bacteria found in your gut can help produce chemical neurotransmitters in your brain. In fact, the gut is largely responsible for producing the neurotransmitter serotonin, aka the ‘happy chemical.’ A healthy gut can produce adequate amounts of serotonin, keeping your brain in balance along with the rest of you. Balanced serotonin levels are also a key component of good mental health.

Some data suggest the nerves that connect the gut and the brain are affected by gut health. Ostensibly, gut dysbiosis may influence the messages delivered to the brain and possibly even contribute to various psychological conditions.

Can probiotics help with gut dysbiosis?

Fortunately, there is a straightforward solution to help keep your gut healthy, balanced, and flourishing: taking a probiotic like the single-strain yeast probiotic Saccharomyces boulardii CNCM I-745 can restore the balance microbiota by flushing out the harmful bacteria to make room for the good bacteria to flourish.

The origins of saccharomyces boulardii

Believe it or not, probiotics have an intriguing history. Long before Jamie Lee Curtis started promoting probiotic-infused yogurt drinks, there was a man named Henri Boulard. While traveling through Indochina in the early 1920s, French microbiologist Boulard became intrigued by an unusual phenomenon: lychee and mangosteen teas, brewed by knowledgeable locals, were remarkably effective in aiding digestion. Boulard’s fascination prompted him to conduct some research, where he discovered the miraculous healing properties of the tropical fruits: Saccharomyces boulardii.

Since then, S. boulardii, named after the microbiologist himself, has been at the center of probiotic research and development. Although Boulard wasn’t the first to discover probiotics—that was Russian scientist and Nobel Prize winner Ilia Metchnikov—but he was the first to investigate the yeast-based probiotic that came to be known as S. boulardii. And it’s this probiotic that has proved to be so incredibly effective for combatting gut dysbiosis.

S. boulardii CNCM I-745, the original strain of S. boulardii discovered by Henri Boulard, has been researched and tested for over 65 years in clinical trials and consistently returns positive results for sufferers of gut dysbiosis. That’s why it’s the primary ingredient in Florastor probiotics. S. boulardii CNCM I-745 has been used in probiotic supplements across the globe since the 1950s, when it was first introduced to the market by French pharmaceutical company Biocodex. These days, however, Florastor is the only probiotic on the market that utilizes S. boulardii CNCM I-745 in its formula. Florastor has been positively reviewed by the likes of the GI Society, an association dedicated to intestinal research.

So how does S. boulardii work?

Yeast-based probiotics like Florastor temporarily coat the bowel lining with billions of living microorganisms, which help combat the overgrowth of pathogenic bacteria in the gut. Florastor is taken orally, and when the probiotic enters the bowels, it lines the insides with billions of yeast cells. These yeast cells are perfectly harmless to us, but they’re not so good for the pathogens waiting to overpopulate your bowel and make you sick.

The yeast cells act as a temporary shield within the gut, naturally increasing your immune system and negating the toxins released by pathogenic bacteria. Florastor also increases your body’s production of digestive enzymes, thereby aiding in nutrient absorption and digestion.

To put it plainly, Florastor helps maintain proper balance and prevent gut dysbiosis by coating the inside of your bowel with yeast cells, flushing bad bacteria to help maintain the balance of your gut microbiome, and allowing your bowels to function as they usually would.

Research shows that the probiotic S. boulardii CNCM I-745 is proven to have positive results when used to treat diarrhea caused by gut dysbiosis. Its properties include remarkable immunological, antitoxinic, and pathogen-binding effects and effects on digestive enzymes. Thanks to these properties, S. boulardii can promote healthy environments in which beneficial gut flora can thrive and provide an extra layer of protection by fortifying the host mucus layer and mucosa. Several studies definitively show that the S. boulardii probiotic contributes to the speedy re-establishment of a healthy gut microbiome, as well as suppressing the growth of invasive pioneer-type bacteria.

So, what does that all mean? Well, it’s good news for Florastor users! Thanks to the powerful properties of its main ingredient, Florastor has many unique properties which are overwhelmingly beneficial to those who use it:

●     Naturally antibiotic-resistant, so you can take it to help restore balance while on antibiotics

●     A barrier that prevents pathogenic bacteria from accessing the gut lining

As always, you should consult with your doctor before taking a probiotic to see if it’s right for you but If you want to avoid gut dysbiosis and its problems, you may benefit from Florastor’s once-a-day probiotics. Not only can taking Florastor help manage gut dysbiosis, but it’s also a way to protect and care for your gut flora proactively. 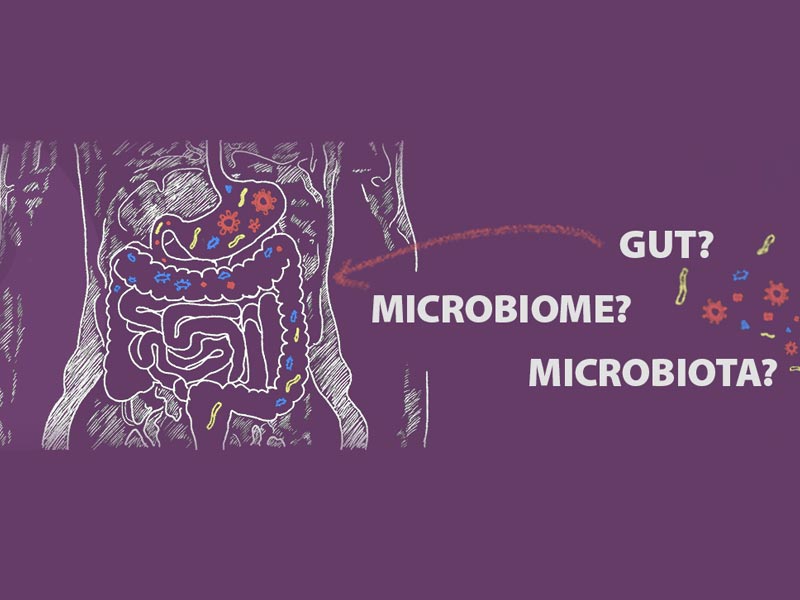 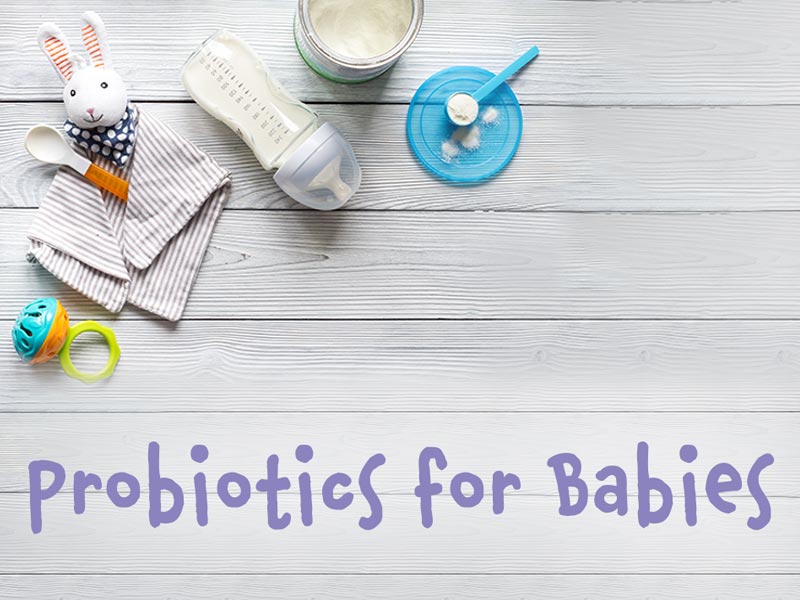 Probiotics for Babies: The Benefits of Good Bacteria for Healthy Digestion and Immune System Development 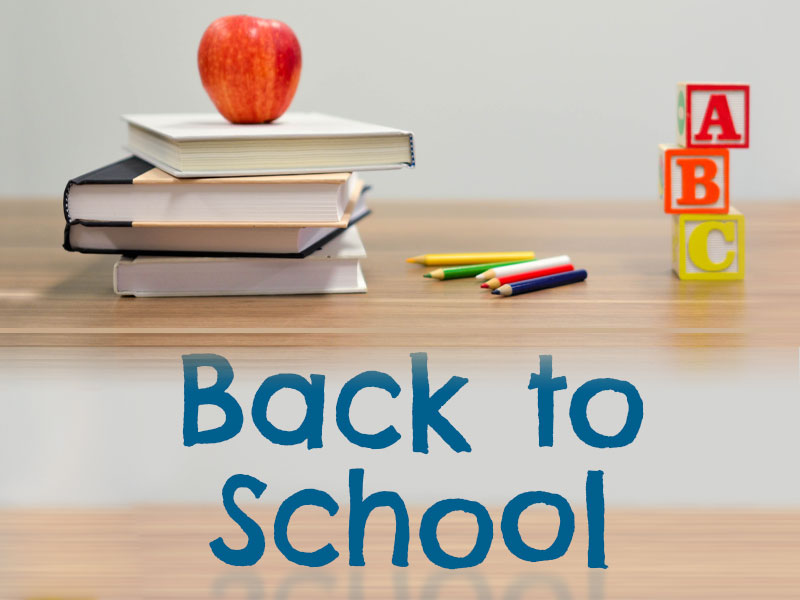 Back to School with Probiotics: Immune Support and Kids